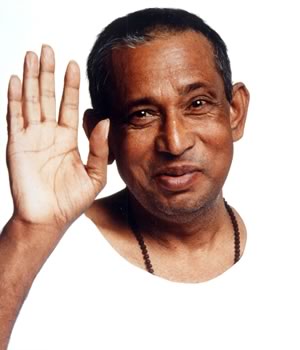 Aghoreshwar Bhagwan Ram has emerged as a modern-day saint from the sacred tradition of the Avadhuta Siddhas of Kashi (Varanasi) – the city of Lord Shiva. During his lifetime, Aghoreshwar established many centers of meditation and social change, and has left behind a legacy of socially responsible and practical spirituality. Aghoreshwar’s teachings are practical and within the grasp of the common person, yet profound enough to bring one to enlightenment.

Aghoreshwar Bhagwan Ram was born on September 12, 1937 to Babu Baijnath Singh and his wife Lakhraji Devi in the village of Gundi in the Arrah District, Bihar State in India. While still a child, he was recognized by the people of his village to be a natural healer whose behavior was out of the ordinary. At age five he lost his father, and by age seven he gave up his home and began to wander and live in the groves around the village. He was initiated in the Vaishnava tradition by the holy man and teacher, Shrikant Maharaj, in his village. But his spiritual thirst ultimately took him to Varanasi (also known as Banaras).

Upon his arrival in Varanasi at the age of 15, Aghoreshwar went seeking Kashi Vishwanath temple. As he stood on the road, uncertain where to turn, an old woman in a silk sari with a red border came to him, brought him to the temple, and told him to perform his puja. They left the temple and walked together down the road. The woman entered what appeared to be the home of a wealthy person. When she did not come back outside, Aghoreshwar left, thinking it was her house. In fact, it was not a house – it was the temple of Goddess Annapurna. Later that day, he met the same woman in a different part of the city and she directed him to a monastery, the Kinaram Sthal, built in the 16th century by Baba Kinaram, a legendary saint of Varanasi and founder of the Aghor lineage, also known as Krim Kund. This was the turning point in Aghoreshwar’s life. Soon after he arrived, he was initiated in the Aghor tradition from Baba Rajeshwar Ram, the presiding Guru at Krim Kund. Later he realized that the old woman who guided him was the Divine Mother, Annapurna, herself.

After a number of powerful experiences at Krim Kund he began to wander in the city of Banaras and alongside the river Ganges with its many villages and cremation grounds. Still in his early teens, he traveled from place to place, practicing various austerities. On one occasion, he sat in a cremation ground and remained self-absorbed for three days and three nights. When he opened his eyes, his whole world was changed. He had achieved self-realization at the young age of sixteen. 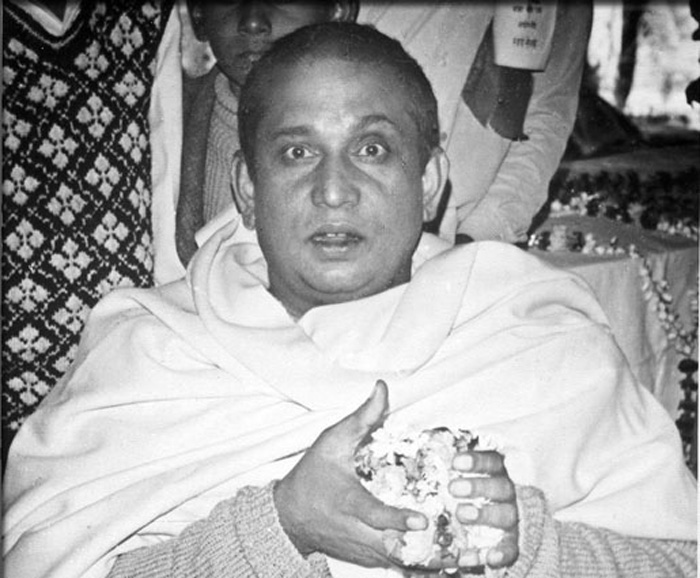 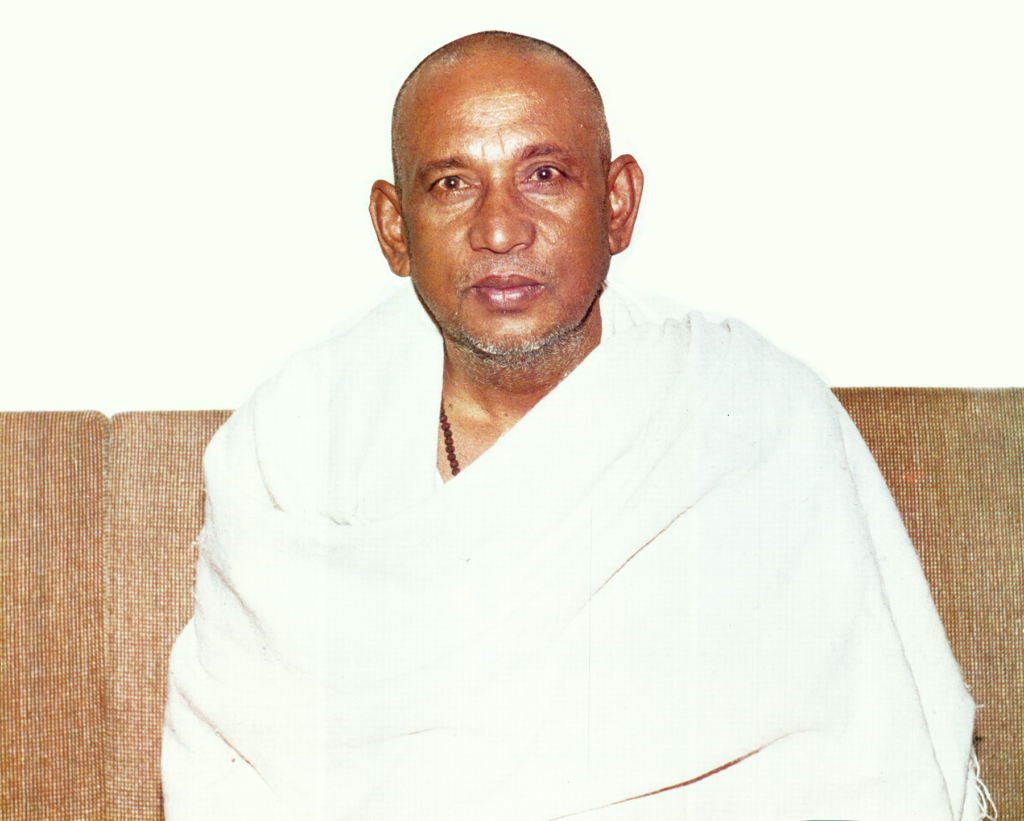 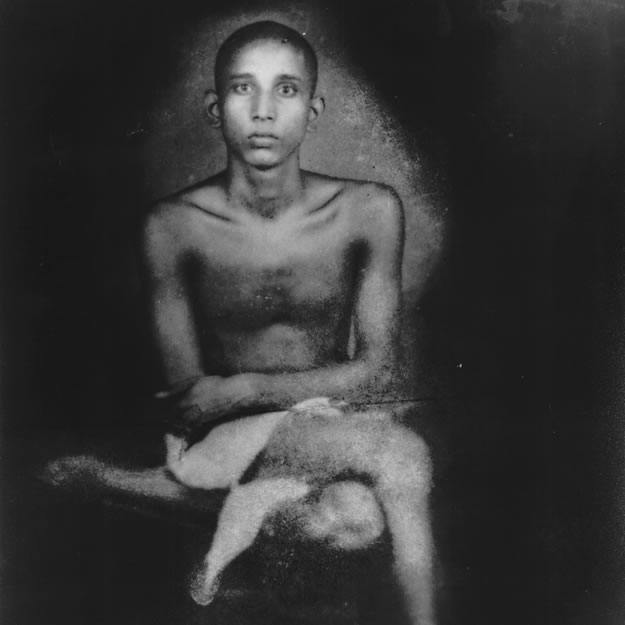 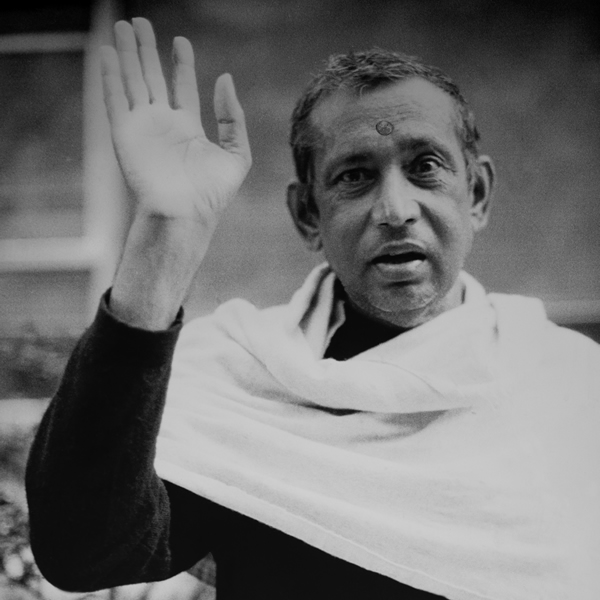 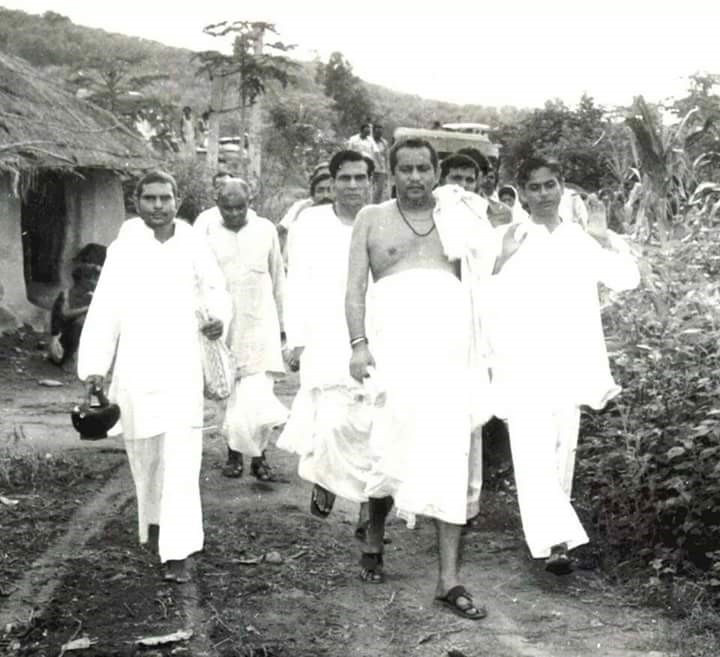 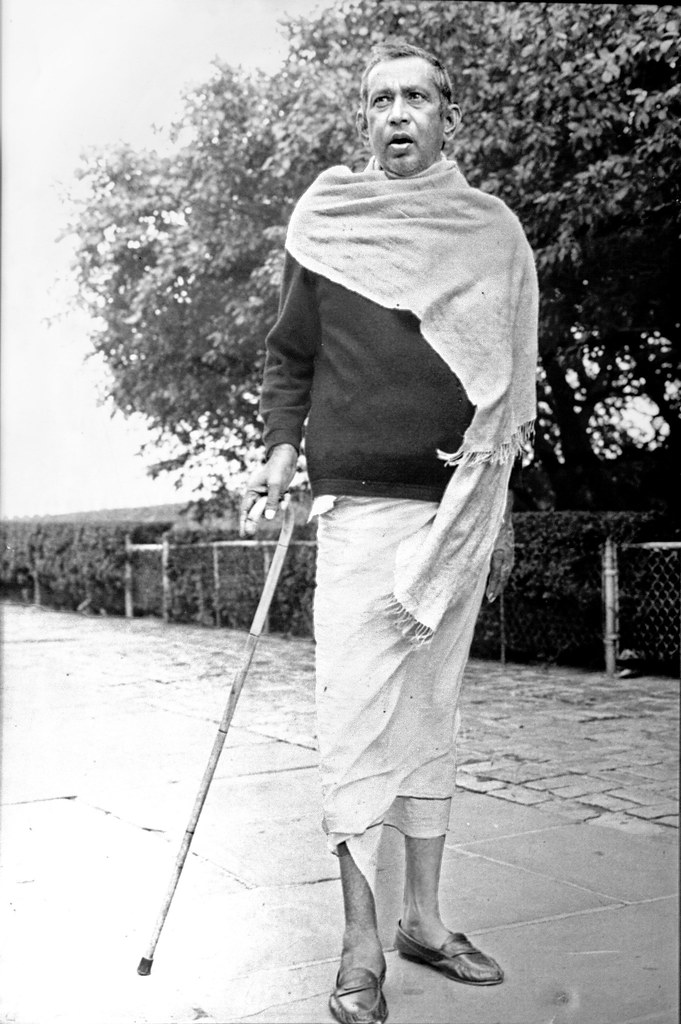 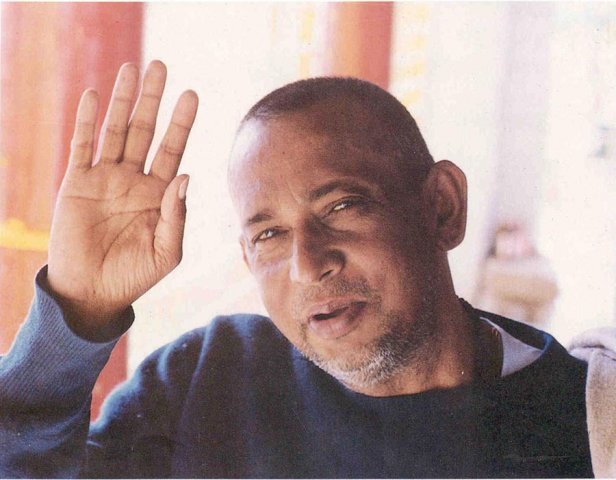 In 1953, at the request of devoted people from the villages of Hariharpur-Tajpur near Banaras, Aghoreshwar established his first ashram, Ādi Ashram Hariharpur. Although he still used to wander constantly, Hariharpur ashram turned into a place where he would spend some time whenever he returned to the Banaras area. Many miracles began to happen through him although he was not aware of his accomplishments. Those in his company used to experience miracles as if they were natural, everyday events in life. Many began to flock to him for his blessings for healing and worldly gains.

As Aghoreshwar’s popularity grew, hosts of devotees began to flock to his darshan, a chance to be in his holy presence. His own guru, Baba Rajeshwar Ram, the presiding guru at Krim Kund, wanted him to take charge of this primary seat of Aghor learning and practice. Aghoreshwar did not want to assume this role. One of his disciples, Phokabir once said to him:

“Baba, why don’t you return to Baba Kinaram Ashram? After all, you are the next head of the lineage.” To this he replied, “Why bother with the old shawl? I will weave a new one.”

Aghoreshwar had realized that it was time for the Aghor tradition to express itself in a new way. He transformed the principle of embracing the neglected, feared, and abhorred, which was practiced in the cremation ground by the old practitioners, into embracing the neglected in society. He brought Aghor out of the cremation ground and into society, in the form of social service. His love for human beings was all-encompassing.

On September 21, 1961 Aghoreshwar founded Sri Sarveshwari Samooh, a social service organization. The name roughly translates as a community of the Divinity in All, significant in that it honors the Divine in the form of the Mother. It was established with the following goals:

By setting forth these goals, Aghoreshwar took a wholehearted plunge into the correction of social ills of the time. He gave those who sought his company very clear direction. The goals emphasize a respect for the essence of all major religions and honor people following their own beliefs, thereby bringing harmony in society without needing to change anyone’s spiritual practice.

As Sri Sarveshwari Samooh became more active in social service, Aghoreshwar’s attention was drawn to the abandoned lepers he had seen living in the streets. He decided to dedicate his time and efforts to helping them. This focus was revolutionary in the orthodox Hindu city of Varanasi. In India at that time, leprosy was a dreaded disease and there was an immense social stigma on those who suffered from it. The whole family of the patient was often stigmatized as “being punished for their sins” by suffering through an occurrence of leprosy in their household. People who become afflicted with this disease were expelled from home and left to fend for themselves on the streets.

Given the Aghor practice of non-discrimination and treating even the most disfigured, downtrodden and persecuted as an equal, Aghoreshwar had no difficulty stepping in to make his own those who had been thrown out by their own families. He created a residential hospital in Parao, Varanasi, directly across the river from the city center. An ashram soon developed around the hospital and Aghoreshwar chose this place as his home, as well. His home was open to all, including those who had lost hope and were shunned from their families. In Aghoreshwar’s company, the abandoned and neglected found hope and purpose and others experienced Divine intervention in their lives. His fame spread and brought people from all walks of life seeking his blessing, from simple village folks to rich and powerful politicians.

People who were inspired by Aghoreshwar established centers throughout Northern India. Hundreds of ashrams were created by his followers in their locality and spread his message of social service and simplicity in spiritual practice. Aghoreshwar frequently visited these centers and also travelled extensively throughout the world. In a span of 25 years, Sri Sarveshwari Samooh grew into an organization well known for its social service, but also respected as a center for deep spiritual growth. Aghoreshwar inspired people to connect with their wholeness through sadana (a spiritual practice) and from that place of fullness, engage in seva (selfless service).

Baba took Samadhi (the ultimate state of being; highest consciousness; at one with the universe, or God) in 1992. He relinquished his mortal frame after preparing the next generation to continue the direction he had given to the ancient lineage of Aghor to express itself in a new time and age. Fortunately, such beings as Baba do not disappear with the end of the body. They are still available to us on a subtle level, continuing to give their compassionate help to those who turn to them. His teachings and the mission of Sri Sarveshwari Samooh are carried out today by his disciples.