“Discerning the beauty of our inner being unravels the secret of God.”

The word Aghor implies that which is not difficult or terrible. Aghor is simple and natural state of consciousness. There is no place for feelings of fear, hatred, disgust or discrimination. In the past, the word Aghor suggested something mysterious. Slowly, over centuries, its meaning came to include methods and practices used by sadhus or sincere seekers to overcome their limitations.

The Sanskrit word Aghor literally translates as “that which is not terrifying.” The implication is a state of consciousness that transcends the inevitable fears and sorrows everyone must go through in life as a result of desires and attachments. Aghor 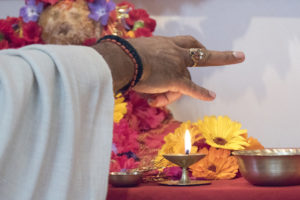 is an innate state of consciousness and fluid way of life. Countless ideas, attractions and aversions we have been conditioned to live with obscure this natural state. Many of these things are very deep-rooted, either associated with our bodies or ingrained by society. Nonetheless, once we are willing to let go of these hindrances, Aghor is a path that is easy to comprehend and walk.

Although Aghor is rooted in Hindu culture, it can be practiced by anyone. Free of dogma, Aghor emphasizes personal freedom and tangible approaches to doing good for the Self and for the world. There are no rules about what you can and cannot do, but that does not mean we should do whatever we feel like. It requires an exceptional amount of attentiveness and self-discipline of thought, action and speech to progress. It requires a willingness – even eagerness – to face discomforts head-on and exert effort to go beyond them. As a Guru-based tradition, Aghor offers time-tested practices for inner development appropriate to each individual, under the personal guidance of an 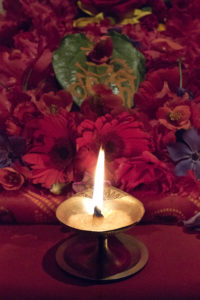 accomplished spiritual teacher. The Guru functions as a bridge, helping us connect with our innate spiritual wisdom, and the inherent divinity that is our true nature.

The core teaching of Aghor is that you are Divine. As a Divine being, you are whole, limitless, pure, above guilt and free from fear. When we practice virtues such as unconditional compassion, acceptance and love, we can gradually develop awareness of the Divine within us. We become an instrument for the Divine to work through us. The Divine dwells within you and in everyone and everything around you. Just as light and warmth indicate the presence of the sun, when you show unconditional compassion, acceptance, love, and forgiveness, you reflect the presence of the Divine within. When you are aware of these virtues, you are in touch with your inner Divinity. When you practice them, Divine energy flows through you into the world.

"Aghor is the path of simplicity." ~ Babaji

Aghor represents a tradition which can be placed within the Shaiva-Shakta school of thought within the greater Hindu religion.  It is believed to have  emanated from Lord Shiva, the eternal, timeless, all pervading consciousness. The Aghor teachings are further associated with legendary Jadguru Dattatreya and other well-known personalities from Hindu 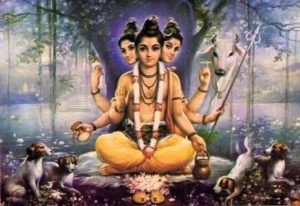 scriptures, including Vishwamitra, Vamadeva, Vashishtha, Aghoracharya, Bhairavacharya, Abhinavagupta, Gorukhnath and Baba Kaluramji. Many other saints and mahatmas who embodied the Aghor state arose at their destined times in history, while at other times the lineage became dormant, like embers hidden under ashes. The methods and means to achieve the Aghor state have been communicated in guru-disciple relationships - few texts on Aghor have been written and the practices were little known.

In the sixteenth century, the tradition was rekindled by a great saint, Baba Kinaramji, founder of the Kinaram Sthal (also known as Krim Kund) in Varanasi, the current seat of the Aghor tradition.  Baba Kinaramji’s life story is full of miraculous incidents where he acted on behalf of the poor and the oppressed as well as women without worrying about 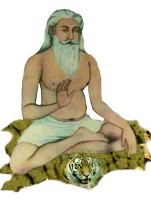 the consequences. Remaining unattached to the predominant religious traditions and taboos of the time, he taught the importance of venerating one’s own inner truth. He sought to protect society from aggressors and infused confidence and strength in the helpless and the destitute. He worked to ameliorate the condition of women by both protecting them against oppression and by striving to change the views on women's place in society. He was a true mystic and social reformer of his time.

According to popular legends, Baba Kinaramji worked tirelessly in the service of others for his entire life, establishing eight seats of spiritual practice throughout India, including Krim Kund, where everyone from sadhus (enlightened beings) to the sickest and poorest of people have been welcome throughout the ages. 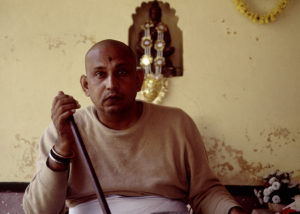 To this day, Krim Kund is a place where devotees go to bathe in the healing waters and receiving sacred ashes the dhuni, a continuously burning sacred fire that Baba Kinaramji first lit there. KrimKund is open to the public for worship and visits.  It is well known for its healing properties for all kinds physical as well as mental ills. It has been described as “an eternal place of spiritual power.”

The direct lineage of the twelve Aghoreshwars that began with BabaKinaramji extends from the sixteenth century until the present. In the 20th century, Aghoreshwar Mahaprabhu Bhagwan Ramji emerged as Aghoreshwar and has been considered the reincarnation of Baba Kinaramji because of his strong sense of social responsibility, identifying himself withsuffering humanity, and waiting to help the people in their struggle against social injustices.  Aghoreshwar is also known for availing the teachings and practices of the Aghor traditions to householders as well as the sickest and the poor - all sincere seekers. He is the best known and most revered Avadhut (saint) of this lineage. During his lifetime, Aghoreshwar initiated a select number of monks to carry on the tradition and his teachings, including Baba Harihar Ramji, who brought the Aghor teachings to the U.S. He is the only monk of the Aghor tradition living in the U.S.